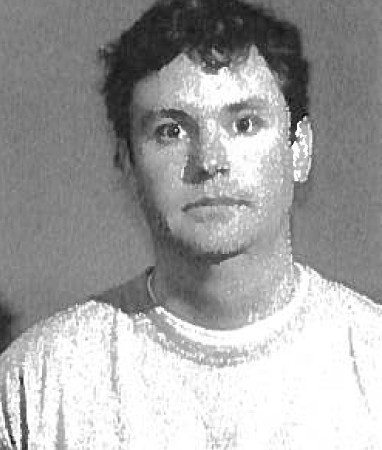 KOSCHMAN WITNESS HAD PRIOR RUN-INS WITH POLICE

The man who lied to the police twice and, as a result, may have delayed the investigation into the violent death of David Koschman had six prior run-ins with the law in Chicago, Ohio and Wisconsin.

Among Kevin D. McCarthy’s arrests was one that accused him of a drunken battery of a cabdriver exactly two years before he, his wife and two friends – Craig Denham and Richard J. “R.J.” Vanecko, a nephew of then-Mayor Richard M. Daley – got into a drunken confrontation with Koschman in the Rush Street area in the early-morning hours of April 25, 2004, that led to Koschman’s death 11 days later from brain injuries.

As Koschman lay unconscious in the street after being punched in the face, the police handcuffed McCarthy. That’s when he told them his first lie – that he didn’t know the two men who ran away after Koschman was punched.

Hours later, he repeated the lie, when detectives came to his house, the Chicago Sun-Times has previously reported.

McCarthy talked to the police three times within the month after Koschman was punched – more than anybody else involved in the case. And he told them two very different stories about what had happened that night.

Detectives accepted the second version, in which both McCarthy changed his original story and now agreed with his wife, Bridget Higgins McCarthy, that they did, in fact, know the men who’d run off. They identified them as Vanecko and Denham. Both McCarthys said that they didn’t see who hit Koschman, though.

There’s nothing in any of the dozens of police reports in Koschman’s case that indicates detectives ever questioned Kevin McCarthy about his conflicting stories – or about his prior arrests, which included two busts in Chicago. McCarthy was never convicted in any of those cases. He and his lawyer couldn’t be reached for comment.

Nobody has ever been charged in Koschman’s death, which the Chicago Police Department finally concluded this year – seven years after it happened – resulted from a single punch thrown by Vanecko.

“I knew he was arrested before,” Ronald E. Yawger, the since-retired police detective who investigated Koschman’s homicide, says of McCarthy. “But I didn’t look into the circumstances. It had nothin’ to do with nothin’.”

Yawger says he didn’t know about McCarthy’s arrest for pushing a cabdriver, during a night out drinking, at 4:20 a.m. on April 25, 2002. The cabbie didn’t show up in court, and the charges against McCarthy were dismissed.

At the time of the confrontation that led to Koschman’s death, McCarthy had an arrest record on file with the Chicago Police and with the FBI that included the battery charge involving the cabdriver and a 2000 case in which McCarthy was charged with illegal possession of an unloaded shotgun during a traffic stop, records show. As with the 2002 arrest, the gun charges against McCarthy were dropped.

McCarthy, now 39, grew up in Deerfield. His father once ran Zenith Electronics.

McCarthy and Vanecko both graduated from Loyola Academy high school in Wilmette. McCarthy graduated in 1991, Vanecko the following year.

Until the recent police disclosure of McCarthy’s arrest record, Vanecko, now 37, was the only other person involved in the 2004 confrontation known to have had a criminal past.

When he was 17, Vanecko and his cousin, Patrick Daley, then 16, were involved in a brawl at a party on March 1, 1992, at the summer home in Grand Beach, Mich., of Daley’s father, the longtime mayor, who left office earlier this year.

Vanecko pointed a 20-gauge shotgun at a group of people as one of Patrick Daley’s classmates struck another teen in the head with a baseball bat, according to a lawsuit that was settled in 1995 on undisclosed terms.

Vanecko pleaded guilty to aiming a firearm without malice and possession of alcohol, and the mayor’s son pleaded guilty to furnishing alcohol to minors and disturbing the peace. Each was fined and put on probation.

When the Sun-Times asked for records in the Koschman case earlier this year, police reinvestigated and concluded that the 6-foot-3, 230-pound Vanecko threw the only punch, hitting the 5-foot-5, 140-pound Koschman in the face.

As Koschman lay on Division west of Dearborn around 3:15 a.m. on April 25, 2004, Vanecko and Denham ran away, jumping into a cab and heading to a bar, according to police reports.

The McCarthys told the police they kept walking, heading east on Division.

Two of Koschman’s friends flagged down a cop, who was told that Kevin McCarthy had been involved in the altercation and knew the men who ran.

According to police reports, “when asked, Kevin McCarthy stated he didn’t know who the other subjects were and was later released by the police.”

Later that morning, detectives Rita O’Leary and Robert Clemens went to the McCarthy home. Kevin McCarthy told them he and his wife had taken a cab to Division Street to meet his wife’s friend, Megan McDonald, at Butch McGuire’s tavern. At the time, McDonald, now 35, worked for the Chicago Park District as the agency’s lakefront director. She later served as Daley’s special-events director.

McCarthy told detectives that, as he and his wife walked on the sidewalk, they observed two groups of men arguing and that the younger men – Koschman’s group – appeared to be “the aggressors.” McCarthy said that one of the younger men pushed another man into his wife. He told them that he got pushed, too.

“As his wife was pulling him away, he turned around and saw the victim on the ground,” O’Leary wrote, recounting what McCarthy told her.

O’Leary’s report doesn’t say whether she and her partner asked McCarthy if he knew the two men who ran away – a relationship that patrol Officer Edwin Tremore noted in his original report hours earlier.

There’s also no indication that detectives tried to interview McCarthy’s wife, who is the daughter of developer Jack Higgins, whose projects have included building the headquarters of the Chicago Police Department and the FBI’s Chicago regional headquarters.

Jack Higgins and his wife are friends with former Mayor Daley and have contributed to his political campaigns.

On May 13, 2004 – 18 days after the confrontation on Division Street and seven days after Koschman died – detectives interviewed Bridget McCarthy at Area 3 police headquarters at Belmont and Western. Accompanied by her attorney, William Dwyer, she became the first person to identify Vanecko and Denham as the two men who’d run off after Koschman was punched.

Bridget McCarthy told the police that she, her husband, Vanecko and Denham had been at an engagement party and decided to take a cab to Butch McGuire’s. She and Denham got out and began walking on Division while her husband and Vanecko paid the cab fare.

As they passed Koschman’s group, she said, Koschman “reached up and flicked” Denham’s glasses, which led the two men to argue, push and shove each other. The groups were parting, she said, when Koschman “ran back,” and “the pushing, shoving and name-calling resumed” between Koschman and Denham.

Bridget McCarthy said her group had begun walking away again when she turned around and saw Koschman on the ground – and Vanecko and Denham gone.

Six days later, on May 19, 2004, Kevin McCarthy changed his story when he and Dwyer met with detectives at Area 3.

This time, he backed up his wife’s account, adding that he and Vanecko were trying to calm things down by getting “in between Craig and the group of kids” and “pushing Craig away, trying to get some separation between themselves and the group,” according to police reports.

“Mr. McCarthy states that Richard had Craig calmed down, and, as far as he was concerned, the whole incident was over,” the police wrote.

The group began walking east on Division Street. After about “10 to 15 paces with Bridget,” McCarthy turned and “observed the kid who had been the aggressive one (Koschman) in this incident lying in the street.”

McCarthy sticks to his story

Earlier this year, McCarthy “instructed his wife not to say anything to detectives” when two detectives visited the McCarthy home on Jan. 24 during their reinvestigation of the case.

McCarthy told the detectives he would stand by the third story he told police on May 19, 2004, “and the interview was concluded.”