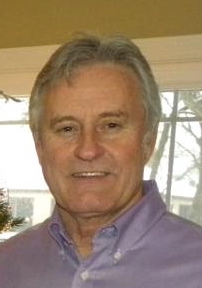 The detective who originally led the 2004 homicide investigation involving a nephew of Mayor Daley and White House Chief of Staff William Daley says politics had nothing to do with the decision not to charge Richard J. “R.J.” Vanecko.

“Nobody laid down on this case,” says Ronald E. Yawger, now a retired Chicago Police Department homicide detective, speaking at length for the first time about the investigation into the death of 21-year-old David Koschman of Mount Prospect. “No one tried to get [Vanecko] charged harder than me and the state’s attorney’s office.”

Yawger’s comments come as two outside investigations have been opened in recent weeks into the police department’s handling of the case – one by the Illinois State Police, which was called in by Cook County State’s Attorney Anita Alvarez in the wake of reports in the Chicago Sun-Times, and the other by city of Chicago Inspector General Joe Ferguson.

Declaring, “I’ve got nothing to hide,” Yawger says he tried to build a case against Vanecko for involuntary manslaughter or, at a minimum, “reckless conduct, anything, just something to get this kid charged with something.”

In the end, though, he says he was stymied by a lack of cooperation by Vanecko and the friends who were with him on the night that Vanecko punched Koschman in the face and sent him reeling backward to the street in a drunken confrontation on Division Street. Another problem, he says, was the inability of Koschman’s friends to identify Vanecko in a lineup.

“That Koschman guy doesn’t deserve to be dead, by any means,” says Yawger, who now works as an investigator for Attorney General Lisa Madigan’s office, adding that he hopes the latest investigations can still lead to criminal charges.

Of Vanecko’s ties to City Hall, Yawger says, “There’s no policeman in the city who would give two craps about the Vaneckos or the Daley family.”

The key hurdles to filing charges in 2004, according to Yawger:

After punching Koschman, Vanecko ran off with a friend, Craig Denham. Two other Vanecko friends who were there – Kevin McCarthy

and his wife, Bridget Higgins McCarthy – initially told the police they didn’t know the two guys who ran away. They didn’t admit they did know them until May 13, 2004, Yawger says – 18 days after Koschman got punched and seven days after he died in a hospital from brain injuries suffered when the back of his head hit the

street. Till then, the police hadn’t been able to identify Vanecko or Denham as being involved, according to Yawger.

Bridget McCarthy – the daughter of developer Jack Higgins, a friend of the Daley family who built the city’s police headquarters – met May 13, 2004, with Yawger, identified Vanecko and Denham and acknowledged that she and her husband had been with them at an engagement party and shared a cab with them to Rush Street just minutes before the confrontation. On May 19, 2004, Kevin McCarthy

– the son of a former president of Zenith Electronics – and Denham, a LaSalle Bank official at the time, agreed that Vanecko and Denham had run off. And, like Bridget McCarthy, both Kevin McCarthy

and Denham said they didn’t see who punched Koschman. On May 20, 2004, Yawger says prosecutor Darren O’Brien told the McCarthys’ lawyer he was considering calling them to testify under oath before a grand jury that they didn’t see who knocked Koschman to the street. Their lawyer ended the interview at that point, according to Yawger, and the case was never presented to a grand jury.

The witnesses – four Koschman friends and two bystanders – couldn’t identify the then-29-year-old Vanecko in a police lineup held 25 days after Koschman was hit. That’s understandable, Yawger says now, though he admits he was surprised at the time because Koschman had been arguing not with Vanecko but with Denham, and Koschman’s friends were focused on him. “They all identify Craig Denham as the guy arguing with him,” Yawger says. “And they all identified Kevin as the guy with the girl. And there was one other guy – a big, tall guy – and all we can assume is it’s Vanecko because that’s what Bridget McCarthy and Kevin McCarthy

tell us, and even Denham tells us that in the end.”

In Sun-Times interviews, Koschman’s friends and one of the bystanders have contradicted Yawger’s recently released police reports from 2004 that described the 5-foot-5, 140-pound Koschman as not only refusing to back down in his argument with Denham but also being physically aggressive by running or lunging at the Vanecko and Denham group. “They may be saying that now, but they didn’t say it back then,” Yawger says of the 2004 interviews, which weren’t taped. “To a man, everybody said this kid” – Koschman – “would not let this go. All I know is what these kids told me.” Police and prosecutors – including detectives who recently took a new look at the 7-year-old case – say that’s why they concluded that the 6-foot-3, 230-pound Vanecko acted in self-defense.

Yawger says he wasn’t able to interview Vanecko – though Vanecko’s lawyer, Terence Gillespie, promised him he would get to. Yawger says he called Gillespie on May 13, 2004, and Gillespie asked to meet with him the following Monday – May 17. Yawger agreed. “He wanted to know what we had,” Yawger recalls. “We had to talk to him first.” He says Gillespie, who has refused to discuss the case, told him he could meet with Vanecko in three days. “We never tried to go get him because he said he was going to bring him in,” Yawger says.

But Yawger acknowledges making what turned out to be a strategic mistake: He agreed to have Vanecko appear in a police lineup at Area 3 police headquarters at Belmont and Western first, and then he would interview him afterward – both on May 20, 2004. He says he was surprised that Koschman’s four friends, as well as the bystanders, weren’t able to “positively identify” Vanecko.

“There was never any doubt these kids would pick him out,” says Yawger. “There’s no doubt he was the guy, but you have to have an identification . . . . Those kids – when none of them picked him out, I was just flabbergasted.”

Equally surprising, says Yawger, was that Gillespie then took Vanecko and left, without allowing the interview he’d agreed to.

“Gillespie screwed me,” Yawger says. “The attorney promised me he was going to let me talk to him. He was going to explain what happened. We were hoping to get him to say he punched him.”

Yawger says he kept the case open, hoping that another witness might come forward one day.

“There had to be 100 g—— people on the street that night,” he says. “I thought we would get a call from somebody that ‘this kid punched the s— out of this kid.’ Never happened.”

Other questions about the investigation remain – questions Yawger says he doesn’t know the answers to:

Why did the two detectives who originally were assigned to the case – before Koschman died and Yawger and his partner, as homicide detectives, were brought in – stop trying to find and interview witnesses within hours after Koschman was rushed to Northwestern Memorial Hospital? Most of the witnesses weren’t interviewed until after Koschman’s death 11 days later, when the homicide case was assigned to Yawger.

Why did the police reports that Yawger says he wrote immediately after doing interviews and conducting lineups on May 20, 2004, not get filed and dated until six months later? “That’s mind-boggling,” Yawger says. “Those reports were typed up that day. I can’t explain it.”

Why did the police department assign a new set of detectives – from a different detective headquarters – this January to reinvestigate Koschman’s death, after Sun-Times reporters requested copies of files in the case? That investigation ended with the case being formally closed without charges on March 1, when the police concluded that Vanecko punched Koschman but acted in self-defense.

Why didn’t those detectives speak with Yawger? “I don’t know why these people who are reinvestigating this thing don’t come to me,” Yawger says. “If you were reinvestigating something, I’d be the first guy you’d want to talk to.”

Yawger says there’s another thing that bothers him: the fact that he didn’t know until reading it in the Sun-Times recently that Phillip Kohler – one of the two bystanders whom prosecutors would later call the two “unbiased witnesses” to what happened – had gone to high school at Loyola Academy in Wilmette with Vanecko and McCarthy and had been members of the freshman wrestling team with Vanecko.

Kohler told the police in 2004 that he and a co-worker, Michael Connolly, had happened upon the argument and saw Koschman “charge into the group” and then get “immediately pushed back out into the street” but that he didn’t recognize Vanecko then or in the lineup later.

Kohler has said Vanecko’s appearance had changed in 12 years.

Connolly, who’d been out drinking with Kohler, differs with Kohler’s characterization of Koschman as being physically aggressive. He told the Sun-Times it  appeared Koschman just wanted to get in the last word in the argument.

Questions aside, Yawger says none of the recent revelations has shaken his view of what happened on Division Street at Dearborn Street around 3 a.m. on April 25, 2004 – nor his conclusion that criminal charges might have been warranted if there had been a positive identification.