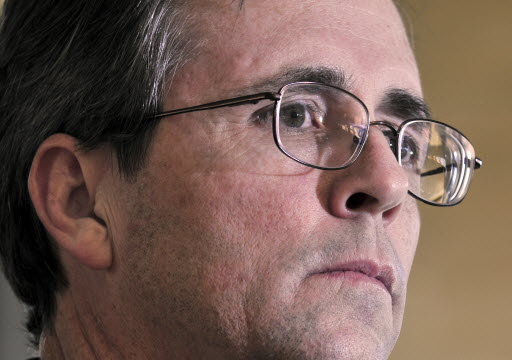 The botched investigation of a death involving a nephew of former Mayor Richard M. Daley is now part of a federal whistleblower lawsuit filed by two police officers who say a “code of silence” permeates the Chicago Police Department.

The two cops argued in a court filing Monday that former police Cmdr. Joseph Salemme, a defendant in their case, should have to testify about his role in the reinvestigation of the 2004 death of David Koschman, who died after being punched by Daley nephew Richard J. “R.J.” Vanecko. The city opposes jurors hearing such details.

Salemme retired in December, avoiding a one-year suspension he faced over his handling of the Koschman case five years ago.

He was one of six cops Koschman special prosecutor Dan K. Webb said he decided not to charge with official misconduct or obstruction of justice because he didn’t think he had  enough evidence to convict them.

Detectives under Salemme’s command wrongly concluded in 2011 that Vanecko punched Koschman in self-defense, and they included a fabricated witness statement in their final report. Salemme has denied any wrongdoing in the case, in which Daley’s nephew avoided criminal charges for nearly a decade, until a judge brought in Webb to investigate.

Salemme is among a dozen former and current Chicago cops being sued by Officers Shannon Spalding and Daniel Echeverria, who claim their bosses retaliated against them for violating a departmental code of silence by cooperating with the FBI in a criminal case involving other officers.

Webb’s report on the Koschman case “implicates Salemme as part of the cover-up, consistent with the code of silence, regarding the misconduct of the investigating officers involved in fabricating a self-defense determination for refusing to arrest Mayor Daley’s nephew for murder,” according to their motion Monday.

Spalding and Echeverria sued the city four years ago after helping federal investigators convict two cops of stealing money from drug dealers. After Spalding and Echeverria returned to their jobs, they say they were punished by their superiors, including being assigned to night shifts and spending entire shifts in a windowless room. They also said fellow officers told them police commanders had warned them not to respond if Spalding or Echeverria called for backup.

Mayor Rahm Emanuel might also be called to testify in their case because he has acknowledged a code of silence exists within the department.

In December, Ferguson urged interim Supt. John Escalante to impose discipline up to firing for Salemme and five other cops. Escalante moved to fire three of them. Salemme and two others faced yearlong suspensions. But Salemme, a 30-year veteran, decided to retire and now collects a city pension of $162,684 a year.

Koschman died in May 2004, 11 days after he was punched in the face by Daley’s nephew during a drunken argument on Division Street at Dearborn. The case remained an unsolved homicide until the Chicago Sun-Times asked to see the files in January 2011, prompting the police to order a new investigation headed by the detectives under Salemme’s command.

A judge appointed Webb as special prosecutor in 2012. A grand jury indicted Vanecko, who pleaded guilty to involuntary manslaughter in January 2014, then served two months in jail.