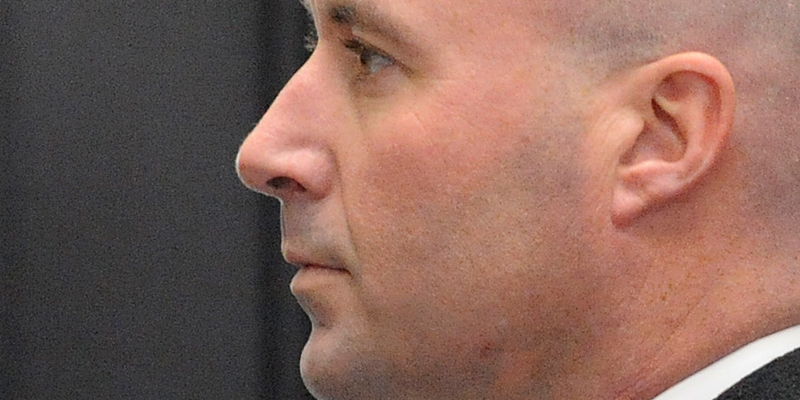 JUDGE WORKED UNDER DALEY, BUT SAYS HE CAN BE IMPARTIAL IN KOSCHMAN CASE

The judge who was randomly selected by a computer Monday to oversee the involuntary manslaughter case of Richard J. “R.J.” Vanecko, a nephew of former Mayor Richard M. Daley, has long ties to Daley, as well as to Richard Devine and Anita Alvarez, the prosecutors who declined to charge Vanecko in David Koschman’s 2004 death.

In court Monday, Cook County Associate Judge Arthur F. Hill Jr. disclosed his relationship with Daley and his past jobs in the state’s attorney’s office but said he saw no reason to step aside from the case.

“The court believes I can be fair and impartial,” Hill said in his courtroom, where Vanecko entered a “not guilty” plea at his first court appearance since being indicted last week. “I’m not going to recuse myself. But if the lawyers want me to step aside, I will.”

The judge set a hearing for Monday at which Dan K. Webb, the special prosecutor who empaneled the grand jury that returned the indictment against Vanecko, or Vanecko’s lawyers – Thomas Breen, Marc W. Martin and Terence Gillespie – could ask him to step aside. If Hill refused, either side could use its one challenge to automatically remove a judge from the case.

The lawyers would not say if they plan to ask for a new judge.

Hill’s disclosures capped a frenetic morning for Vanecko, who arrived at Cook County’s Leighton Criminal Courts Building at 26th and California a little after 9 a.m., accompanied by his lawyers.

Vanecko initially appeared before Cook County Circuit Judge Michael P. Toomin, who appointed Webb as special prosecutor in April. Toomin – who retains jurisdiction over Webb and the grand jury as they continue to investigate whether criminal charges should be filed against anyone from the Chicago Police Department and the Cook County state’s attorney’s office over their handling of the Koschman case – instructed his court clerk to program the “randomizer,” a Cook County courts computer program, to assign a judge to Vanecko’s case.

The computer gave the case to Hill, sending Vanecko, the lawyers and reporters to Hill’s second-floor courtroom.

Hill, 59, who lives in Hyde Park, said he spent 10 years working under Daley when Daley was Cook County’s state’s attorney in the 1980s.

After Daley became mayor in 1989, he appointed Hill – then an attorney in private practice – to the Chicago Transit Authority board, on which he served until 1996. Hill also disclosed that his law firm – Haggerty, Koening and Hill – worked on municipal bond deals involving the city.

Hill returned to the state’s attorney’s office in 1996, after helping Devine, a friend of Daley, win his first term. Hill was chairman of Devine’s transition team, then served as his chief deputy and, later, his first assistant, until 2003, when he was appointed an associate judge.

Devine said Hill worked on his campaign for state’s attorney and was “a valued member” of his administration.

“I have never talked to Art Hill about the case since it resurrected itself,” said Devine, who is now in private practice. “I have great respect for him.”

In May 2004, Devine and his staff rejected filing charges against Vanecko, saying there was insufficient evidence.

Alvarez – a longtime prosecutor in the state’s attorney’s office who worked for Daley, Devine and Hill before she was elected to succeed Devine in 2008 – declined to bring charges against Vanecko last year, after a Chicago Sun-Times investigation prompted the Chicago Police Department to reinvestigate the case. The police concluded that Vanecko punched Koschman but acted in self-defense, though Vanecko never spoke with detectives, and friends who were with Koschman disputed that, as did a bystander.

Dozens of Sun-Times stories that raised questions about the way police and prosecutors handled the case prompted Nanci Koschman to seek the appointment of a special prosecutor to reinvestigate her son’s death. Toomin agreed to reopen the politically explosive case and appointed Webb, a former U.S. attorney, to lead a new investigation to determine whether Vanecko should be charged and also to examine the handling of the case by the police and the state’s attorney’s office under Devine and Alvarez.

Last week, announcing the indictment, Webb said he and attorneys from his firm, Winston & Strawn, are working at “a vigorous pace” to determine why Vanecko wasn’t charged in 2004 or last year.

The 6-foot-3, 230-pound Vanecko, then 29, is accused of striking the 5-foot-5, 125-pound Koschman during a drunken encounter outside a Starbucks on Division Street west of Dearborn in the early-morning hours of April 25, 2004. Koschman, a 21-year-old part-time college student from Mount Prospect, fell and cracked his head. He died 11 days later of massive brain injuries.

Vanecko, who’d been out with friends, ran off. Two weeks later, one of Vanecko’s friends identified him to the police. But he wasn’t charged.

The police initially said they couldn’t say for certain that Vanecko was the one who hit Koschman. Koschman’s mother said a detective told her that her son’s actions had led to his death, though witnesses agreed he never struck the much-larger Vanecko.

Vanecko, now 38 and living in Costa Mesa, Calif., will be required to be in court for every hearing in the case, according to the judge, who told him, “You have to come to court every single day.”