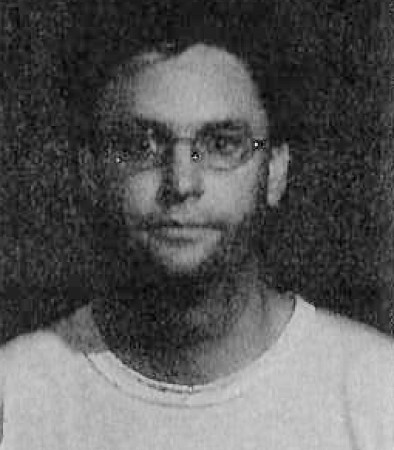 Bridget Higgins McCarthy and her husband, Kevin McCarthy, found themselves in a tough spot early on the morning of April 25, 2004.

Their friend Richard J. “R.J.” Vanecko, a nephew of Mayor Daley, had just been involved in a drunken confrontation in the Rush Street area that left a 21-year-old man from the suburbs severely injured, the result of a single punch the police would conclude seven years later Vanecko had thrown.

David Koschman would die in a hospital bed 11 days later of brain trauma, his mother at his side, her son never having regained consciousness.

The McCarthys – born into wealth, with a circle of friends that includes Daley’s children, nieces and nephews – knew that their friend R.J. was the guy the police wanted to talk to but hadn’t been able to identify.

But they weren’t telling.

No one knows how things might have turned out if they had.

Whether Vanecko might have been charged with a crime, or perhaps cleared seven years earlier than he ultimately was by detectives who decided earlier this year that they wouldn’t seek criminal charges.

Whether Nanci Koschman – a widow who brought up her only child in a modest home in Mount Prospect – might have learned years sooner who’d hit her son.

But during the key early hours of the initial police investigation, the McCarthys didn’t cooperate with the police.

They not only didn’t identify Vanecko, but Kevin McCarthy also lied to the police, police reports show. Twice, he told them – at the scene and, later, at his home – that he didn’t know the two men who’d run off after one of them hit Koschman and sent him reeling backward, where he cracked his head on the street.

It wasn’t until 18 days later, on May 13, 2004, that detectives say they finally learned the names of Vanecko and his friend Craig Denham, who’d run from the scene of the confrontation on Division Street near Dearborn. That’s when Bridget McCarthy, in her first police interview, told them.

Koschman was already dead for a week by the time she gave Vanecko’s and Denham’s names to detectives, contradicting the story her husband previously had given the police.

Accompanied to the interview by her lawyer, William T. Dwyer Jr., Bridget McCarthy told detectives that she and her husband had left an engagement party with Vanecko and Denham, riding in a cab with them to Division Street. She said she and Denham got out and began walking along Division Street as her husband and Vanecko paid the cab fare.

Six days after Bridget McCarthy spoke with the police – on May 19, 2004 – Dwyer brought Kevin McCarthy and Denham in to meet with detectives at the Area 3 detective headquarters at Belmont and Western. That’s when Kevin McCarthy changed his story, agreeing now that his wife had told the truth in identifying Vanecko and Denham, describing an argument that began when their group had bumped into Koschman and his friends and developed into “pushing, shoving and name-calling” and ended with Koschman on the ground, none of them sure how.

Why did the McCarthys delay telling the police they knew whom they were looking for?

And why did Kevin McCarthy at first deny even knowing the two men who ran away?

Both have declined Chicago Sun-Times requests for an interview. “I appreciate what you’re trying to do,” Kevin McCarthy told reporters, “but I have no comment.”

When two detectives, ordered to reinvestigate after the Sun-Times asked the police department to release records from the 7-year-old case, came to the McCarthys’ North Side home in January, Kevin McCarthy told his wife “not to say anything to the detectives,” according to the police.

And he “stated he would stand by his statement from May 2004, and the interview was concluded.”

Daley, who is leaving office today after not seeking re-election, also has declined to respond to questions about his nephew and the police department’s handling of the Koschman homicide investigation – which is now itself the subject of an investigation by city of Chicago Inspector General Joseph Ferguson.

His investigation began amid Sun-Times reports that questioned the Chicago Police Department’s handling of the case. Among other findings, those stories revealed that Koschman’s friends – as well as a bystander – dispute police reports from the original 2004 investigation in which detectives said they told them the 5-foot-5, 140-pound Koschman was being physically aggressive toward Vanecko’s group.

The police reinvestigation this year determined that the 6-foot-3, 230-pound Vanecko threw the punch. It also found that Koschman never struck Vanecko and had been arguing not with him but with Denham. Still, the police decided Vanecko had acted in self-defense and formally closed their homicide investigation, declining to ask the Cook County state’s attorney’s office to decide whether to file criminal charges.

The McCarthys both come from wealthy families. Her father is a developer with ties to Daley. His dad once ran Zenith Electronics.

Married since 2003, they have three young children and live in a million-dollar home in a new development on the western edge of Lincoln Park.

Bridget Higgins McCarthy, 33, is the daughter of developer Jack Higgins and his wife, Marty, who are regulars at high-society gatherings around Chicago. Jack Higgins runs Higgins Development Partners, whose projects have included building the headquarters of the Chicago Police Department and the FBI’s Chicago regional headquarters. The Pritzker family, proclaimed Chicago’s wealthiest, teamed with Higgins to build a Loop skyscraper that includes the headquarters for the family’s Hyatt hotel chain.

Jack and Marty Higgins are friends with Daley and have contributed to his political campaigns. From June 2002 to February 2007, Daley’s son, Patrick Daley, 35, registered to vote from a Gold Coast condo owned by the Higginses.

Bridget McCarthy grew up in Beverly. In 2000, she graduated from the University of Dayton and, records show, became a teacher.

Kevin McCarthy, 38, grew up in Deerfield. In 1991, he graduated from Loyola Academy in Wilmette, then an all-boys college preparatory high school. In 1992, Vanecko graduated from the same school.

McCarthy graduated from Dayton in 1995 and has been a salesman for three companies in the health-care industry.

After the 2004 confrontation with Koschman, Vanecko and Denham ran away, grabbing a cab and heading to a bar, according to police reports. The McCarthys told the police they kept walking, heading east on Division. Two of Koschman’s friends flagged down a cop, who initially handcuffed Kevin McCarthy but then released him.

Later that morning, detectives Rita O’Leary and Robert Clemens went to the McCarthys’ home. Kevin McCarthy told them he and his wife had taken a cab to Division Street to meet his wife’s friend, Megan McDonald, at Butch McGuire’s tavern. At the time, McDonald, now 35, worked for the Chicago Park District as its lakefront director. She later would serve as director of the Mayor’s Office of Special Events, until she resigned Thursday.

McDonald, too, is a friend of Daley’s children, nieces and nephews. The police never talked with her, according to the detectives’ reports. She declined to comment to the Sun-Times.

Vanecko, now 36 and living in Southern California, also has never spoken with the police.

Denham, 36, living in New York and married to a sister of the mayor’s son-in-law, told a detective by phone he stands by his statements from 2004.