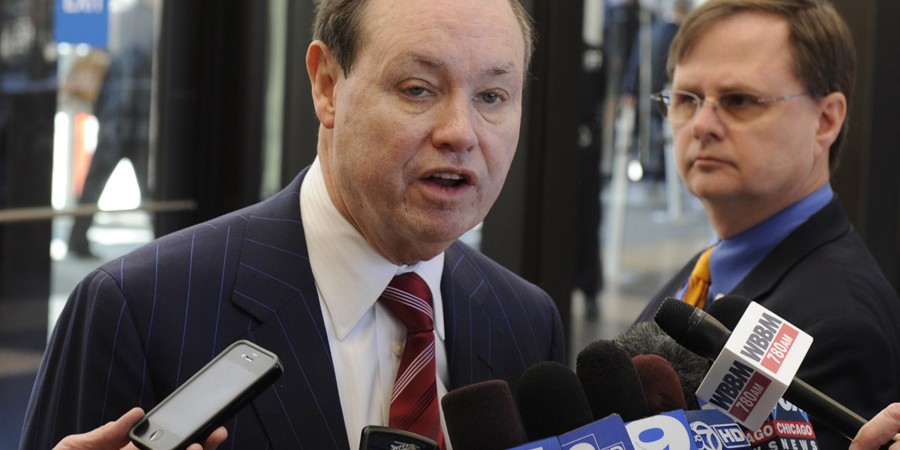 Sometimes it’s a video that surfaces in a criminal case, clearly contradicting how a police officer under oath described a scene.

Sometimes it’s a document that is uncovered late in the game, showing how a law officer’s story has changed 180 degrees.

Sometimes it’s a new DNA test that shows how an official version of events, accepted for years, couldn’t possibly be true.

Too often, in too many courtrooms, people entrusted with assuring justice instead shade the facts to strengthen cases against people they believe to be guilty. Or maybe they’re just covering up for each other. Either way, innocent people caught up in such machinations never know what hit them.

The David Koschman investigation is a case in point, a sad truth that we hope the FBI and Justice Department, having been made privy to key information by special prosecutor Dan Webb, now will vigorously investigate. Doing so would have a chilling effect on such underhanded police tactics.

The cops in the Koschman case apparently cooked up a self-defense theory to protect Richard J. Vanecko, former Mayor Richard M. Daley’s nephew. Police reports in the case said Koschman’s friends described him as aggressive, yelling and lunging in a 2004 encounter with Vanecko outside a Near North Side bar, an encounter that left Koschman dead 11 days later. But the friends told the Chicago Sun-Times, Webb and a grand jury that they never said that. How did that get into the police reports?

Moreover, after a second investigation in 2011, a police report stated that Koschman yelled, ” F— you! I’ll kick your ass.” Where did that come from? Not one witness claimed to have heard that.

Last year, Cook County Judge Michael P. Toomin called Vanecko’s self-defense theory a fiction made up by police and prosecutors. By pleading guilty last month, Vanecko pretty much confirmed that. If even he admits his actions weren’t in self-defense, where exactly did authorities come up with that notion?

We can only conclude Toomin got it right: They made it up.

People who work every day in the criminal justice system will tell you that what happened in the Koschman case is not the rarity we’d like to believe.

Too often, in a quest to make a case against a presumably guilty person stand up in court, police and prosecutors fudge the record.

Are they sick of seeing guilty people walk free because of gray areas in cases? Undoubtedly. But erasing ambiguities is a dangerous game.

The whole history of the former Chicago Police Cmdr. Jon Burge saga, in which police tortured suspects into confessing and then lied about the torture, shows how innocent people got swept up along with the guilty, with no recourse.

Another example was the 2007 case of Anthony Abbate, a police officer who beat a female bartender. Police conveniently forget to write in their report his name, that he was a police officer and that there was video of the attack. Does anyone believe that was an oversight? A jury later found Abbate felt he could act with impunity because other police officers would protect him.

Let us take a moment to emphasize that the criminal justice system is filled with honest, hardworking people who do their level best every day to ensure justice. They are the only reason the system works.

Some lawyers will tell you police perjury occurs in every courtroom every day. Surely, that’s an overstatement. But wherever and whenever it occurs, it defeats the quest for justice.

The real painful story of the David Koschman scandal, sadly, may be that this stuff happens all the time.